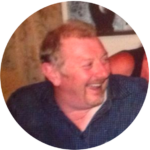 A brief history about myself and 1066 Motorcycling

I studied Horology (clock Making) and worked for over 10 years in and around the UK, worked in the palace of Westminster up keeping/restoring their or should I say our lovely clocks including Big Ben, and most of the prestigious clocks around London, since most of the work involved travelling in London and the rest of the country, the birth of my second son Kristian getting up at 5am working all day then sitting on the M25 until 8pm getting home tired then sleep and the alarm going off again! (ground hog day) a long earned family trip to Australia for a month, this was a pivotal point of my life, and decided that I was going to quit the rat race and decided to give motorcycle training a go full time! (I was teaching people to ride on a part time basis).

So with the quitting of a well paid job, money was tight and I had to use my Kawasaki KE 125 cc and took over the payments of a friend’s 600cc bike and 1066 was born! We now have over 40 bikes of various styles and sizes.

Things were different in the beginning, starting from riding bikes to and from home and to various car parks, there had to be another way! While riding around I found Sidley goods yard disused and neglected I approached Rother District Council and with a lot of persuasion and various planning applications, We got it!

1066 was starting to run as a professional training school, my philosophy was simple, a Good training venue, Safe and secure, Instructors who want to be instructors and to incorporate fun in the training. Over the years training there have been huge changes in the motorcycle training and testing and I like to say we have been at the forefront of training ideas and implemented them in a safe and common sense way.

2013! wow what a year! after all the will it or won’t it the government decided that they would fund and start the new Bexhill to Hastings Link road, great news! …..Apart from it ran straight though our training site! so with our lease not being renewed, new premises needed to be found, and this is where we are now, The old bexhill high school, Down road Bexhill, It’s still a full time site with plenty of space, it’s now what we call home.

I would like to say a big thank you to my family and friends who have helped and put up with me through the times of setting up and running of 1066, without them it would never have happened! 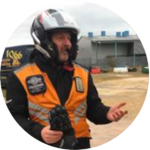 Gary has been with the team for over 5 years and really enthusiastic about all aspects of motorcycling road riding, touring and on the track, gary has come from a pharmaceutical background, ‘drug peddling’ which we like to joke about but as he tells us, again and again they spent thousands on him with sales and marketing! If you want to know about a certain type of bike especially Ducati he is ‘Da man’. Very versatile on all levels 16-year-olds to 70+ year-olds CBTs to DAS. 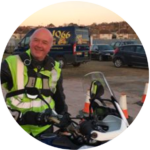 Nigel has been with us for over five years he brings a wealth of years riding experience Nigel‘s approach to training is methodical and clear in his instructions and briefings, attention to detail is important with Nigel, his new hobby is doing Youtube videos on motorcycling and it’s called Motorcycling moments, hey! Look him up! 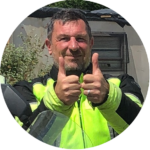 Russel is also our CBT and Das instructor, Russ is great guy with well over 20 years of training experiences, he really knows how to get the best out of you with his Radio and TV presenting calm voice with excellent attention to detail instruction. 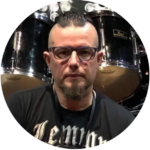 Johnny has been riding motorcycles now for over 40 years. An experienced rider. He’s also taught as an instructor on and off since 2002.  He has a passion for teaching CBT.  If you are new to motorcycles you are in good hands. He has endless patience..His other passion is Rock  & Metal Music Photography and is well known for his work with Gary Numan… Delain. ….Dressed To Kill. …Kiss ….. The Fallen State…. NightWish…to name just a few. 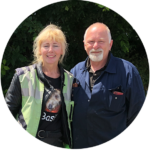 Sharon is in our office, making sure all all the admin is up to date and making the endless teas and coffees for everyone, Sharon is also a good listener so if your having a bad training day she there with advice and reassurance, Sharon did all her training with us, completing her CBT and then A2 licence 6 months later she upgraded to her full Das course, not that your know but she’s been around bikes for a long time with her long life husband Gary who is out man in our workshop he is the man keeping all the bikes serviced and running sweet. To be honest, he loves a 2 stroke but hey! Who doesn’t! 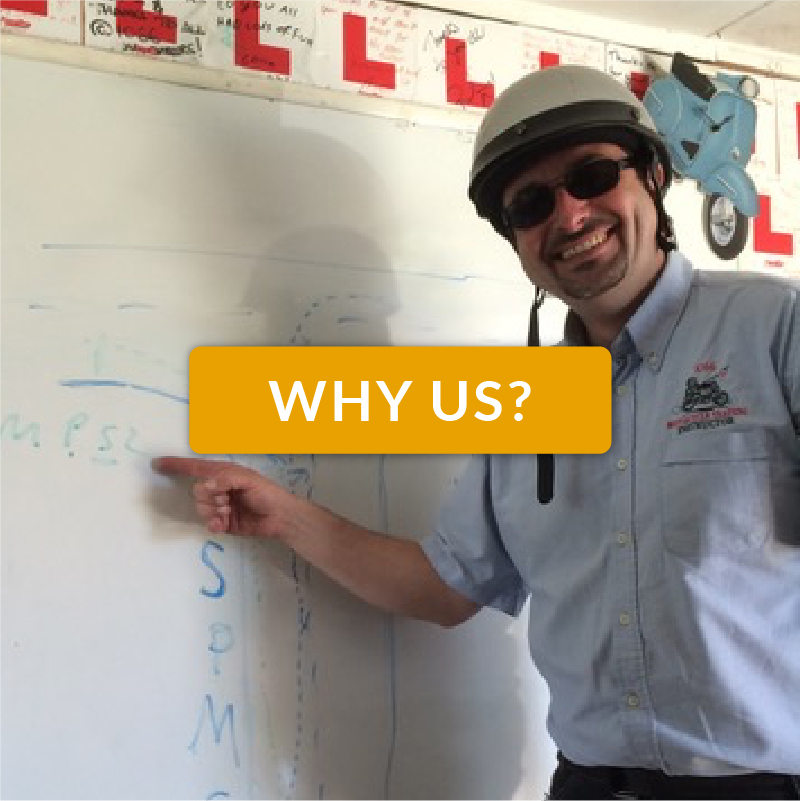 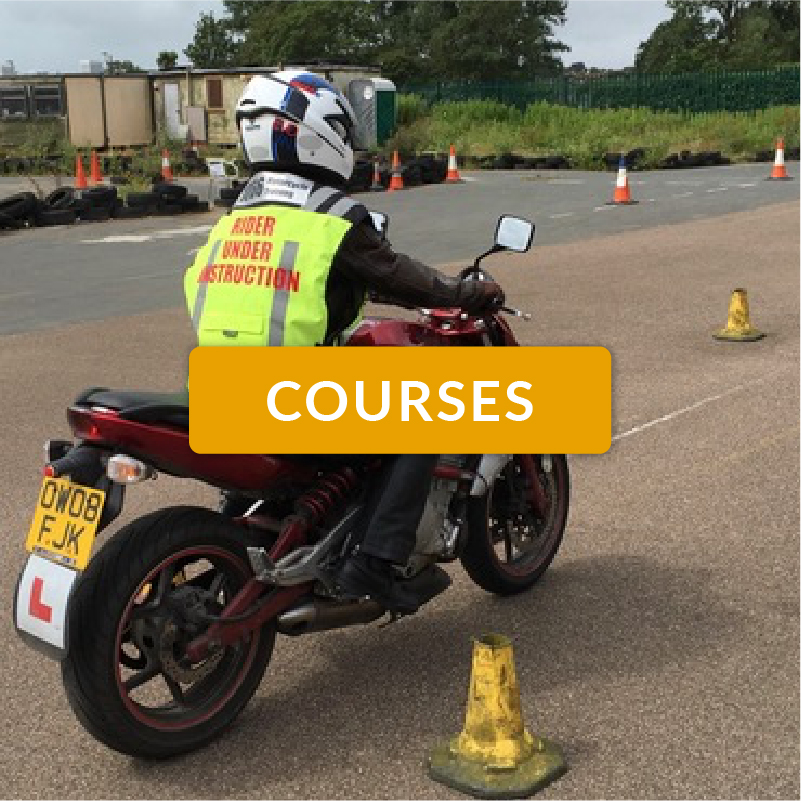 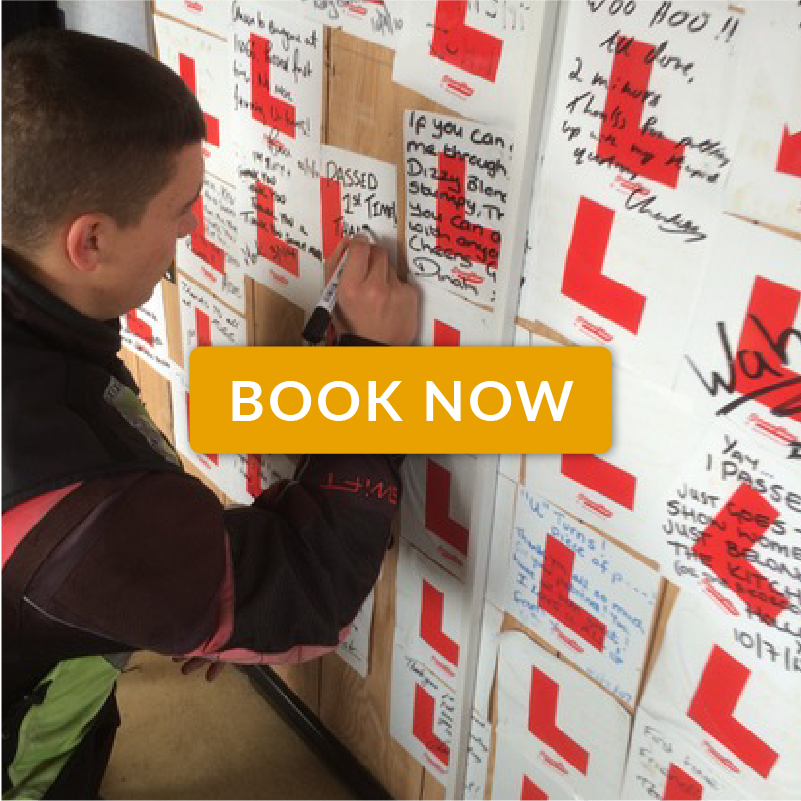